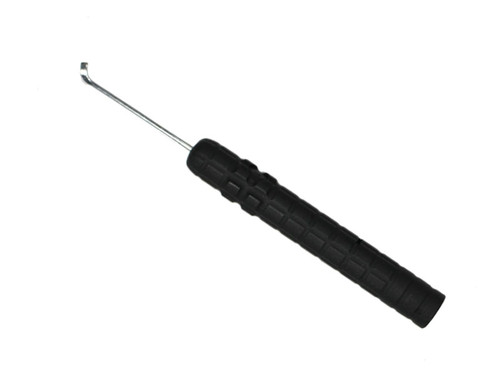 This tool is designed to bypass the very popular 700 and 1100 series American Padlocks. The American 700 and 1100 models are often copied and duplicated by other manufactures. This further increases the impact of the Bypass Driver as it will also open these cloned designs. Recent updates to the 700 and 1100 series include a protective disk that can prevent the effectiveness of the driver. On older model 700 and 1100 American locks, locks with riveted keeps, duplicates and most models that have been serviced or rekeyed this Bypass Driver is highly effective. The Driver slides through the keyway and with a turn the shackle opens, it’s just like using a key.

Under The Door Tool